The new merchant line was delivered by EL.IT.E S.p.a. (Milan). Held by Rätia Energie (46.55%), Edison (48.45%) and the Municipality of Tirano (5%), EL.IT.E S.p.a. is a joint venture between electricity companies in the two countries and the public sector. The line was officially inaugurated today at a ceremony in Tirano and Poschiavo, with representatives of authorities of both countries present, shortly after the 150-kilovolt line went into commercial operation following the successful completion of tests involving the national transmission grid operators.

At the ceremony, representatives of the companies and authorities of the two countries involved underscored the importance of the new connection, a pioneering move under the framework of the new European legislation. They also pointed to the way the project emphasises the close economic and social ties between the canton of Graubünden and the province of Sondrio. EL.IT.E, Edison and Rätia Energie thanked the authorities responsible and the organisations involved for the good collaboration.

Investment of EUR 17 million
The new 4.4 kilometre line runs underground for its entire length. The project included building a new switching station in Tirano and a new switch bay in Campocologno, where the line connects to the respective national grids. EUR 17 million was invested in the construction.

The project ran for only six years, including approval procedures in both countries and delivery, with the construction itself accounting for only 18 months of this. In November 2006 (Italy) and August 2009 (Switzerland) the authorities responsible in each country approved the requisite exemption from third-party access to the grid, thus granting EL.IT.E S.p.a. exclusive usage rights for a capacity of 150 MW over ten years.

The new line helps increase the security of the electricity supply by boosting cross-border capacity between Switzerland and Italy. Market liberalisation has involved the transfer of transmission grids to national grid operators, with the transmission rights of electricity companies to a large extent suspended. The new line secures Rätia Energie and the other partners involved exclusive rights to access transmission capacity between Switzerland and Italy for at least ten years, which means they do not have to acquire this capacity at auction.

Over 100 years of experience in cross-border electricity transmission
In delivering the project, Graubünden-based energy company Rätia Energie benefited from its strategic location on the border to Italy. Added to this, the company also has more than 100 years of experience in the cross-border exchange of electricity. The first exports of electricity from Campocologno started way back in 1907, with Rätia Energie subsequently adding new lines to increase transmission capacity in stages in 1910, 1923, 1928, 1949, 1969 and 2005. A particular milestone in terms of reinforcing Rätia Energie’s position in energy trading was the 380 kV Bernina line, commissioned in 2005. The commissioning of the new merchant line continues this tradition in line with the new realities of the marketplace. 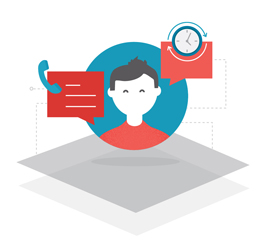